Back in high school, he developed the « idiom trainer », a program for learning words. Today he is co-founder and CTO of Drillster, the adaptive learning application for schools and companies with a learning challenge. Thomas Goossens talks about the origin of the idea for Drillster.

Before the Drillster era, Thomas worked for years for Bibit Global Payment Services, a payment provider. Here he was already working with the guy who would later become his Drillster companion: Marco van Sterkenburg. During his time at Bibit, Thomas took a course in Japanese. This of course involved a lot of memorization: words, grammar rules, pronunciation, exceptions. « Then I remembered that in high school I had developed a program to learn words: ‘The idiom trainer’. I wrote it during computer class. In fact, kids who were very interested in software were allowed to use what was then an advanced computer lab, as long as you made something that would help others. I had four languages in my curriculum and classmates and I could use some help in learning all those languages. That’s how the idiom trainer was born. »

Much changed when Bibit was acquired by the Royal Bank of Scotland. The Bibit founders left the company and many of their colleagues went elsewhere. Thomas stayed on for a few more years, but he looked to the future. It was one of the former founders, Robert Weaver, who gave him the push he needed to get serious about starting his own company. Robert Weaver was working with Marco at the time, looking for investments. By now, Thomas was putting so much time into his learning solution that it seemed like a logical step. « I pitched my idea to them. I always had a learning solution for language learning in my head, but Marco recognized that you could do much more with it, especially in the corporate world, where learning is also incredibly challenging. Marco saw the potential of what I was developing and joined me. Drillster was born with Robert Weaver as our first investor. In 2011 we decided to focus on Drillster full-time. We immediately hired Tom van de Berge. He was also a colleague at Bibit. Tom is still with us today, making him the longest-serving staff member: ten years now. »

« I look back on the past ten years with great pride. It’s good to recognize what we have achieved together. When I think of the growth we experienced over the years, I think of the many moves. Our first office was in Vleuten. We had three different offices in Vleuten, because we kept growing out of them. Now we are in a beautiful building in De Meern (Utrecht) where we have all the space we need. But the question is of course how long that will remain large enough… »

« Ten years ago someone asked me what I would like to achieve with Drillster. Back then I already said that I would love it if Drillster was used in ways we hadn’t thought of or didn’t think possible: new applications, new industries, new regions, or a new integration. That’s what we’re seeing happen right now. That’s how others are making our product better, and that’s really cool to see. » 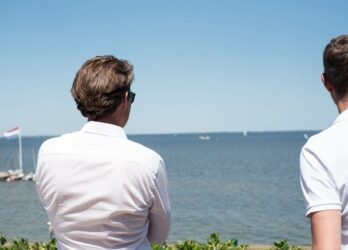 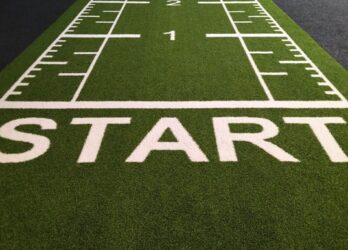 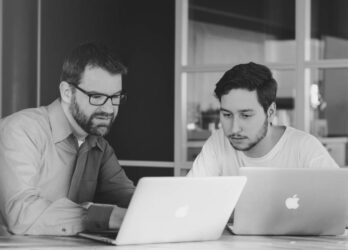 #10YearsDrillster: From intern to part of the furniture